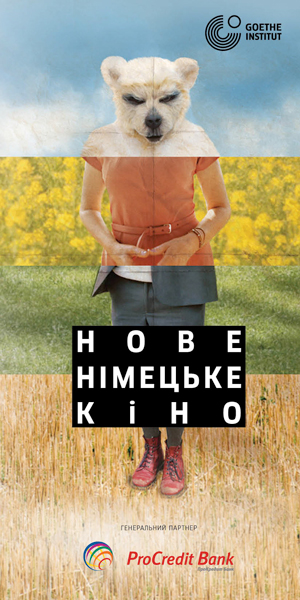 8 October 2015 – Today ProCredit Bank, the Goethe Institut (German cultural centre) and the Arthouse Traffic Company jointly opened the 21st New German Cinema Festival in Ukraine to present the nominee films of the 2015 Berlinale and German Film Awards. ProCredit Bank has been an important partner of the Festival for many years.

The opening film, “Victoria” by Sebastian Schipper, won a Silver Bear award at the 65th Berlinale. The two-hour film is masterfully shot in one single long take. It is the story of a single night on which a Spanish girl named Victoria meets four young men who promise to show her the “real Berlin”. It received the German Film Award in six categories: Best Feature Film, Best Direction, Best Cinematography, Best Sound Editing, Best Actor and Best Actress. The score was composed and produced by neoclassical electronic music composer Nils Frahm.

A new drama by Oliver Hirschbiegel called “13 Minutes” (original title: “Elser – Er hätte die Welt verändert”) portrays the failed would-be Hitler assassin Georg Elser in 1939. In Kyiv the film will be personally presented by its screenwriter, Fred Breinersdorfer. War and its consequences are core issues for yet another Festival participant – Christian Petzold’s melodrama “Phoenix”. The film follows Nelly Lenz, a Holocaust survivor, who returns to Berlin after undergoing facial reconstruction surgery. Her husband fails to recognise her and asks her to help him obtain his “late” wife’s inheritance.

The comedy genre in the Festival event programme is represented by “A Gift from the Gods”, which portrays the enthusiasm of a fired theatre actress. She starts a theatre group for a group of unemployed people and decides to put on a Greek tragedy with them. The film received the Audience Award at the 2014 Munich International Film festival and the Bavarian Film Award for Best Acting. The psychedelic drama “Finsterworld” has been shown at over ten international cinema festivals and won a Lola Award for Best Supporting Actress in 2014. It is set in an alternative Germany, where time seems to have stopped long ago. Moreover, the viewers have a rare opportunity to see a previously unknown work by a prominent member of the New German Cinema movement, Volker Schlöndorff: “Baal”. The film was locked in archives for 44 years before it was restored and presented at the Berlinale. An adaptation of a famous Bertolt Brecht play about a frivolous poet and anarchist, it features yet another legend of German cinema, the young Rainer Werner Fassbinder, who went on to become a famous director and screenwriter. 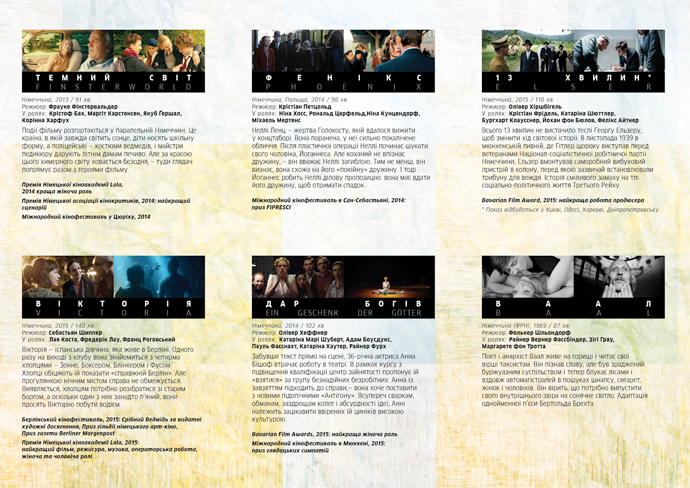 Join us I'm already a client